Aimee and John's day started on the charming Tolland Green in Tolland, Connecticut. Aimee and her girls got ready at the historic Tolland Inn, and then made the short walk to the church, just a few doors down. The bride was stunning in her billowing, side-gathered gown; she seemed to float rather than walk down the aisle. As a fellow purple enthusiast, I loved her color choice. Family members were instructed to don purple—even her adorable grandparents were decked out in lovely lavender. After the ceremony, we crossed state lines into Springfield, Mass. to attend the reception at the grand Carriage House at the Barney Estate in Forest Park—a gorgeous Victorian house nestled in the middle of the park. I loved the place cards, which were little posies of purple statice bound with ribbon and a tag with the guests’ names in purple calligraphy—what a sweet, fresh idea! One of my favorite moments was when John stood up and told the story of how he met Aimee when she was a student teacher at the Elementary school where he teaches; he caught a glimpse of her, and the rest is history! Congratulations to the lovely couple--enjoy your summer vacation as newlyweds... 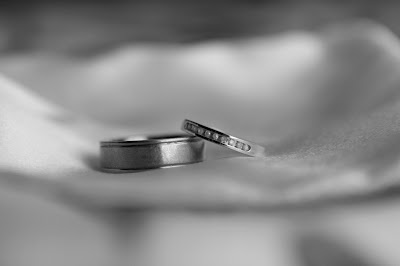 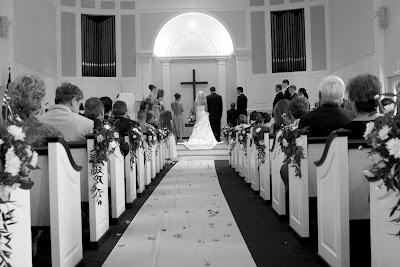 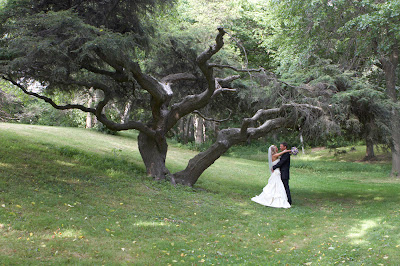 I have come to know Mariah and Mike well in this year leading up to their wedding, and I find them to be such a genuine, warm, positive couple. Their marriage took place two weeks ago in Wood's Hole on Cape Cod, and I don't even know where to begin in describing their lovely celebration. The location, of course, was amazing; the house had it's own "wood's hole," a tunnel cut neatly out of the brambly foliage that made for a charming path to a sparkling private beach (it also made for an enticing photo spot--I didn't want to let the bride and groom out of it!). The wedding was so special, and as it was so filled with emotion, tears were abundant. Mariah wore no makeup because, besides just being a natural, no makeup kind of girl, she knew that she would just cry it away anyway! And it was true; from the letter Mike left on the bed for his bride in her preparation room, to the sentiment Mike's sister read at the ceremony, to the sweet first dance to Ben Harper's acoustic guitar, there were few dry eyes on the premises for much of the day (including my own)! 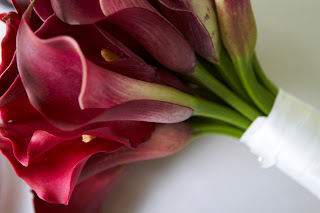 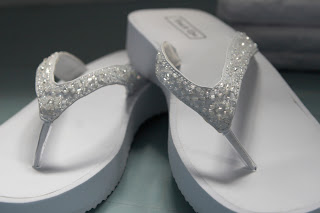 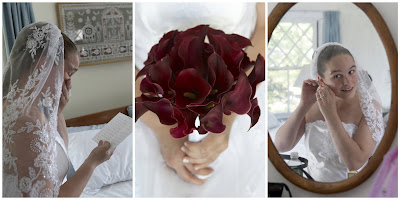 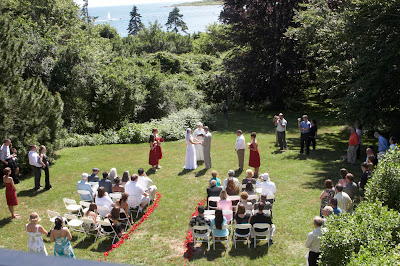 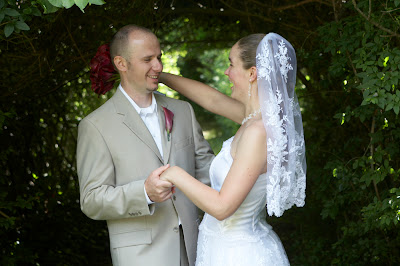 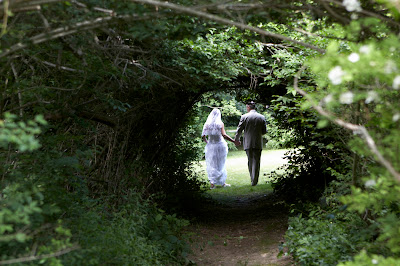